They usually only wanted a temporary hiding place or money to flee to a neighboring country. The things we could do to help these runaways were usually limited to the particular. But what she said next shocked me even more. Please, I want to be baptized.

Do you know the meaning behind baptism? She continued telling her amazing experience. When she escaped North Korea and had no place to go, she met a kindhearted family and lived with them in secret for many years. I could see all those days of anxiety and distress on her face. But in time, they turned her loneliness and anxiety into hope, strength, and light to live by each day. 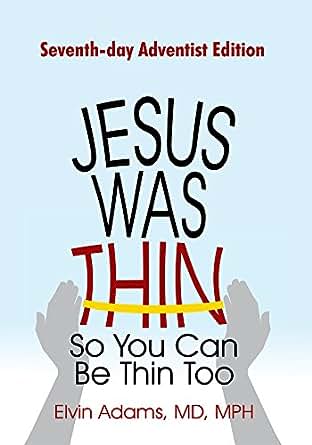 Every morning and evening, she listened to the program, never missing an episode. Finally, she accepted Jesus as her Savior.

What About Having a Relationship with God? - Adventist Youth Ministries - NAD

Now, all she wanted was to have the assurance of salvation through baptism. Who could deny such a request? I asked her to stay put for one week before moving on, and we started Bible studies. She showed determined concentration and studied as if her soul were panting for water. At the end of the week, we had a secret, tearful baptism. Then she departed on foot while we prayed that her journey would be safe.

Sometime later, we received a phone call. It was the woman from North Korea! I listened closely as she spoke. Please pray for me.


Tonight is the night. My next phone call will be from South Korea. As with many escapees, her route to South Korea would be long and dangerous.

I couldn't do anything except pray for her with all my heart. After several months, I received a call from an untraceable number. It was from a border guide, and I froze as I heard his report. The very night that the woman had called me, she failed in her attempt to cross the barbwire fences.

Jesus Was Thin So You Can Be Thin Too

She was captured, returned to North Korea, and executed. In my mind, I recalled the scene of her baptism. I remembered plunging her underneath the water. I remembered wiping the water away from her face but not being fast enough to wipe away all her tears. In her loneliness and pain, this woman heard the voice of God through Adventist World Radio. The Voice of Hope program penetrated the darkness in her soul and became a source of eternal life.

To protect the missionary who wrote this story, we have withheld his name and the name of the country where he serves. To watch AWR mission stories, visit M Salma is a local student who grew up in a non-Christian family. The two women shared the same major and lived in the same city neighborhood, and they quickly became friends. Salma soon learned that her new friend was an Adventist Christian. She had been taught to be wary of Christians, but Sunny seemed very kind and honest.

Salma met other young Adventists at the meeting, and she liked the friendly conversation. Soon she began to enjoy singing hymns and praying with the group every Friday evening. Near the end of the first school year, Sunny invited Salma to visit an Adventist church where 95 percent of the members were international students. Salma accepted, but she faced harsh criticism from her family and friends for doing so.

Family members warned that they all would be cursed if she became a Christian. She even joined the youth choir and participated in health seminars.


Her Adventist friends prayed for her. Salma studied the Bible weekly with Sunny, but she had no desire to be baptized. She was worried that her family would be cursed if she became a Christian. She prayerfully chose a card and opened it. Salma immediately knew God had answered her prayer. She stood up and announced with a trembling voice that she wanted to accept Jesus as her Savior and be baptized! Please pray that Salma will grow spiritually and that God will send more people like her to me. To sponsor their unique ministry, visit Global-Mission.

Thank you! Photo: John Vega. Many of the islanders suffered, but the disaster hit the poorest people the hardest. They had no homes, no jobs, no money, no food, and no hope. I had accepted a call to serve as a Bible worker, but when I arrived in Saipan, my assignment was temporarily changed due to the emergency.

I spent the first two months helping the Adventist Community Services ACS center distribute food and water in a warehouse. After work, I visited neighbors to help in any way I could and to pray with them. The first time I saw Joel, he was standing in front of his demolished house with his girlfriend and their children, hanging cow legs from a metal wire and cooking them with a blow torch. He had gotten the legs for free from a local slaughterhouse; they were the only source of nourishment he could find.

I talked with Joel for a while and then gave him several cases of emergency meals. He was so happy to receive them. I told him that they were a gift from Jesus. I visited Joel often during the next few weeks, and we became friends. We talked a lot about God, and when I invited him to study the Bible with me, he eagerly accepted. When my services were no longer needed at ACS, I partnered with the elders at one of the local churches to begin my ministry. I loved my job! We planted a church, and I serve as the spiritual leader of this new group of believers.

Greater hardship came when Joel lost his contract worker status and was forced to return to the Philippines without his children, who were United States citizens. Joel and I stayed in touch, and I saw on Facebook that he was getting his life together. He quit drinking and was going to church with his siblings.

But sadly, he became sick and died unexpectedly. He had learned that God has a last-day church and that Jesus is coming soon. Vivian then came to. Our church had planned a series of evangelistic meetings for the following week. She attended each night and was baptized, beginning a new life in Jesus and joining our church family. I could see hope in her smile and the peace of God in her eyes.

God did have a plan after all.

He took Joel with all his struggles and made him a powerful soul winner for his family. There will be a day when I see Joel in the kingdom with Vivian and the rest of his family, smiling and happy together, never to part again. Come soon, Lord Jesus. Volunteers ages 18 to 80 may serve as pastors, teachers, medical professionals, computer technicians, orphanage workers, farmers, and more. To learn more, visit AdventistVolunteers. Feeling a need to continue nurturing relationships with campers who attended each summer, several CRS Canada staff created a monthly gathering.

The Pages invested heavily in the group by renting a conference room at a hotel in Scarborough, an eastern district of Toronto. Charles was the point person, and Kevin Avery, a blind camper who had recently been converted, organized the activities. Their goal was to eventually establish a church for the visually impaired.